We are very pleased to announce that from next week we will be moving to a new online patient triage system. It is easy access, no account required and you submit a query through our website. The requests are simple to submit and you can complete them at a time that suits you 24 hours a day – No need to wait on a hold service over the phone. Our reception team will guide you through the process when you call our surgery.

Find out more about the Fishergate Hill Surgery

Dr John Rigg MB, CM returned from missionary work in China at the turn of the century and in 1900 opened a practice at 6 Walton’s Parade.  In 1904 he moved to 12 Fishergate Hill and then in 1907 to 91 Fishergate Hill.  His son, R Philip A Rigg, joined him there in 1926 and by 1932 had taken over the practice. Philip was the first doctor at Preston Royal Infirmary to have an interest in ECGs (electrical heart recordings). Dr S O Hunt joined the practice in the 1940s, marrying Philip’s daughter. By 1970 Philip retired and Dr Terry Withers took over his list. The practice moved into basement premises at 88 Fishergate Hill. In 1980 the practice took on a third doctor, Dr Vic Calland, and a year later Dr (Tim) Hunt retired, his list being split between Dr Calland and the incoming partner, Dr Hardev Singh. In 1988 the practice moved again into purpose built premises at 50 Fishergate Hill.  Tragically, just a year later Terry Withers died, and was succeeded by Dr Alison Payne.  Despite the many changes in general medical practice over this century we hope we are still upholding the high standards with which Dr John Rigg began the practice.

During the history of the practice Dr Withers, Dr Calland, Dr Singh, Dr Payne, Dr Lowe and Dr Johnson have been partners.

Why should you choose Fishergate Hill Surgery?

See how we're doing, and have your say 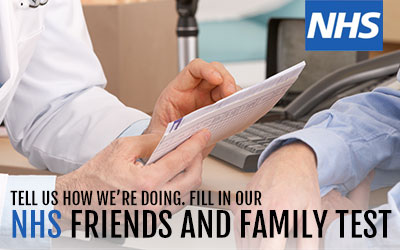 Have your say and fill in our NHS Friends and Family test. 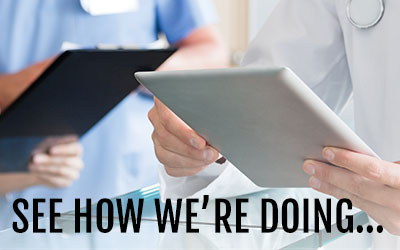 See how we're doing and how we're rated by our professional bodies.

You can book your appointment with us in a variety of ways.

By phone on 01772 254 484 Online by clicking here Or by popping into the surgery Can't get to the Surgery? Home visits can be booked
NEW PATIENTS
ONLINE SERVICES
ABOUT US